Free Shipping on orders greater than $80 globally or Rs.3500 within India. Pricing based on shipping country.

Poonam was born in Mahigaon, a small village near Satara. Her father is a carpenter and mother a farmer. Her father used to go away for long periods and never send money for the family, so both her grandparents and her mother worked on a farm to support the children.

She lived with her grandparents till the 4th grade and returned to her parents village after that, to continue her schooling there. Her grandparents continued to send annual grains as her father’s absence continued.

After a few years, her future in-laws noticed her at a wedding function and approached her family. So at the insistence of her mother and relatives, she soon dropped out of school to get married at 17.

Her husband used to work as a driver. He enrolled her in stitching and computer classes. But since she became pregnant and wasn’t able to complete her 12th, she couldn’t get a job. She then worked for a year selling savings plans for an NGO and traveled from village to village for it.

In a few years, Poonam’s husband started a cycle shop for her brother-in-law who was idling, but he used to drink away the earnings so her husband finally suggested that Poonam should run the shop and he would guide her over the phone. It was intimidating for her, knowing nothing about cycles or their repair but over a month and with her grit, she soon learned and amazed herself by turning it into a profitable business.

Meanwhile her husband quit his driving job after falling asleep at the wheel once after which he took up a job as a wiring technician, but quit that soon due to long hours and ill health. He then took to managing the shop after Poonam had run it singlehandedly for 6 years, while also bringing up her 2 children, aged 15 and 13 years.

Poonam first came in contact with Mandeshi while taking a business management class there for her cycle shop, and the teacher there told her about Ohrna. She decided to go for the interview and got selected. Initially she thought it was just something general and nothing much, but when she heard about Ohrna’s philosophy of women empowerment, it struck a chord and she realized she had come to the right place.

She believes Ohrna isn’t just about art but art with a purpose and an opportunity for women to build an identity for themselves.

“We women just work and work with no path nor goal. But now there’s a clarity of purpose. At Ohrna, you helped us realize our own identity. Not just that, we will now have an identity in other parts of the world too”

“My husband is happy with what we have but I dream of starting an auto garage someday” she concludes, “and my work at Ohrna will enable me to do both.” 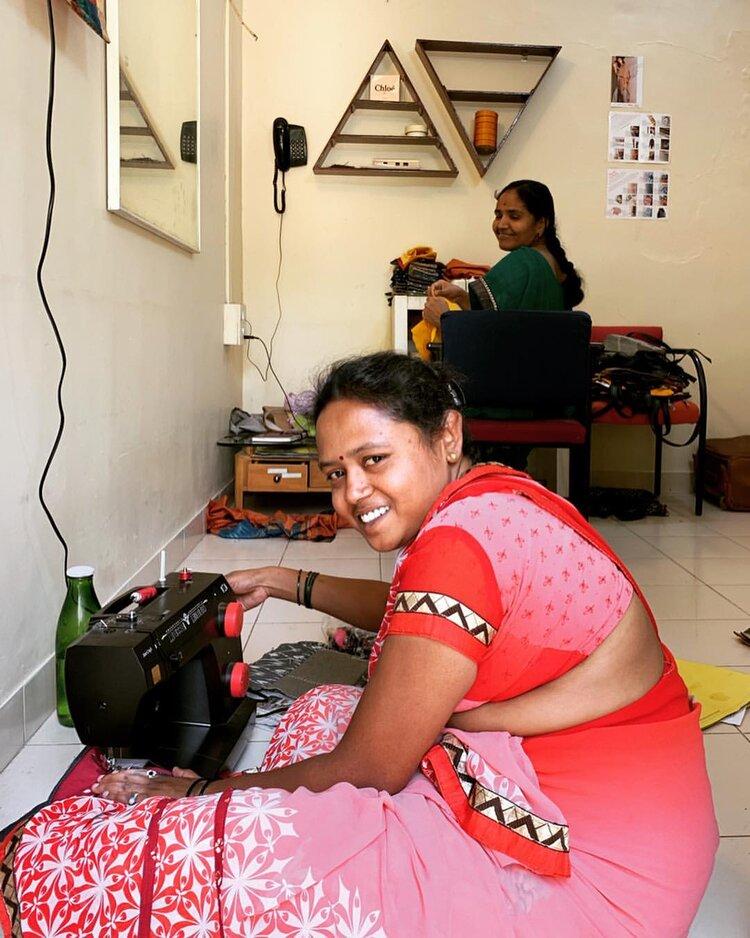 Reach out to us with any questions or comments. We’d love to hear from you!